Some of you may know that I am an exiled Fleming / Belgian (pick which ever means anything to you) in England. This is not usually very relevant, I have learnt the language as any immigrant has an obligation to do and I pay my taxes. My children barely speak Dutch anymore. Now the holidays have finally arrived I am simultaneously exchanging emails with my family about Christmas preparations (they will be coming over here) in Dutch and trying to write a blog post. My brain is doing strange things to me, mixing both languages and coming out with creations that would probably appear absurd to you good readers. To me it makes sense though, I understand it all. That lovely Ciney Blonde I’ve drunk to ease me into the holidays will not have done much to unscramble the language area in my brain, I suppose. It seems to free-associate better though. More connections than clarity.

Now might be a good time to play multi-language scrabble with my kids: any language goes, as long as a dictionary can prove the word exists. Or with anyone else who cares to join. Husband hates it: he pretty much only masters English. But, we all have stuff to get done. I shall have to leave you with a picture of my lovely Belgian beer paraphernalia instead:

And here’s some Belgian humour for you: http://www.youtube.com/watch?v=9OIJRMqYAA0

Words are fierce creatures. They have to be, I guess, to be in with a chance of surviving into the next generation. There is such an array of words to choose from, and if they don’t get picked often enough they’re out of the dictionary. Begin to form a thought in your mind, and it gets inundated with words offering themselves as just what you were looking for. Some people cut through the onslaught so swiftly you’d never guess any thought process had taken place. They present compelling arguments crisply, then sit back to read your response as it is forming in your head. Their expectation freezes you like a rabbit in headlights. All the words are scuttling away into the curtains of your mind. What do you do? 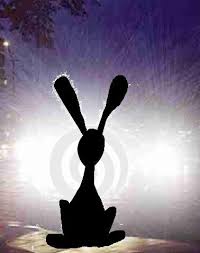 a) You spew those words that didn’t get away fast enough, improvising some form of structure as you go along. You’re working so hard you don’t notice you’re not actually making much sense. At least you keep talking. Nothing worse than silence.

b) You take on a relaxed, pensive air, pulling away from the gaze just long enough to summon sensible words and arrange them carefully, but not so long it looks like you are clueless. Then you make your point and project your expectation onto your opponent. Score.

c) You return their gaze with a highly interested expression. Soon the well-spoken people will feel compelled to elaborate. Clearly you enjoyed their expose so much you want more. While you half-listen (you got their point the first time) you prepare your response and you win points for being a star audience.

Other people seem to enjoy trying out various ways of making their point out loud, never quite settling on one. It could be they are incapable of deciding which words best describe their intent. Or maybe they don’t bother understanding their audience, so they simply see what works.

Then there are those people who have a clear point in mind, but feel compelled to make endless detours on the way. I’ve often wondered whether they do this so that when their point isn’t well received they can tell themselves it doesn’t matter because at least they’ve had a nice conversation, or whether they are actually scared to make their point. 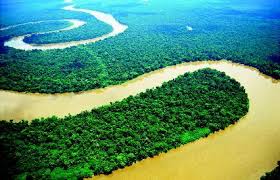 I detest having to sit through the clutter in other people’s minds. Give it to me straight, so we know where we stand. And if you have nothing to say, don’t say it.

Husband is all out of luck. The BBC news site carried a story about polyglots the other day. It claimed that Dutch is the easiest to learn language for native English speakers. Husband is English, yours truly was raised in Dutch. Husband fits the cliche that English people are linguistically challenged, but now that excuse is too thin to hide behind.

He agreed to learn two new Dutch phrases every day. I never minded that he didn’t speak it, but am finding that I really want to teach him now. While I try not to roll over laughing.

Dear reader, teach your children languages! Lest they embarrass themselves later!